Giving back to society has been deeply imbued in Serial System’s corporate culture and we continue to believe strongly and fulfill our duties as a responsible corporate citizen. For 19 years, without fail, we have celebrated each Lunar New Year at Tai Pei Old Folks Home, distributing “goody” bags, red packets and bringing festive cheer to the elderly with traditional lion dance performances.

In Year 2013 alone, Serial System contributed a total of S$417,000 (about US$333,000) to a wide variety of programmes and organizations in Singapore. Our CSR efforts have been broad in scope, but in general, focus on contributing to the elderly, to the poor and needy, to education and youth development, to medical and art programmes and to culture and heritage.

On 1 November 2013, we celebrated our silver jubilee with the shared value that we always believed in since inception – giving back to society. At our gala dinner celebrations – graced by the presence of guest of honour Deputy Prime Minister Mr. Teo Chee Hean – our theme was “Striving forward, giving back, Asia’s trusted electronic component distributor”. In line with this theme, we presented donations of S$150,000 (with Serial System contributing S$100,000) each to five Community Development Councils (“CDCs”) in conjunction with Zhi Zhen Tang Dao Xue Hui (“Zhi Zhen Tan”), a Taoist charity organization founded by Dr. Derek Goh.

On top of the S$150,000, each CDC will match the donations dollar-for-dollar to set up a unique three-year (Year 2014 to Year 2016) bursary programme amounting to S$4.5 million (with Serial System contributing S$1.5 million in total) to encourage active living and lifelong learning after retirement for the pioneers of our country and to nurture and groom our youths to become future leaders of our country.

At the same event attended by several distinguished ministers, foreign delegates, customers, suppliers, bankers, business partners, guests and staff, Serial System and Zhi Zhen Tan also committed to a three-year programme from Year 2014 to Year 2016 with Singapore Children’s Society, for a total of S$105,000 (with Serial System contributing S$75,000) to be distributed equally over the course of the programme.

Contributions to the Education and Youth Development

This year, Serial System also contributed S$100,000 towards the building of Xinmin Secondary School’s Creative Arts Complex and S$75,000 as co-sponsor for the World Learner Exchange Scholarship, to be disbursed over three years from Year 2014 to Year 2016.

Serial System believes that youths should not be denied education and development due to financial difficulties. It is through this belief that the Group donated a total of S$49,000 to various youth development programmes such as those in the Halogen Foundation Singapore, Heartware Network, ITE Education Fund, Loving Heart Multi-Service Centre, Malay Youth Literary Association and National University of Singapore, etc.

Serial System has also contributed in excess of S$93,000 to various organisations and programmes, both locally and internationally during Year 2013.

As part of this year’s contribution to the poor and needy, Serial System donated a total of S$7,000 to Tan Tock Seng Hospital to provide financial assistance for the less fortunate, and the Lions Home for the Elders. It has also donated a total of S$27,000 to Zhi Zhen Tan in support of its community programmes for the youth, elderly and needy. 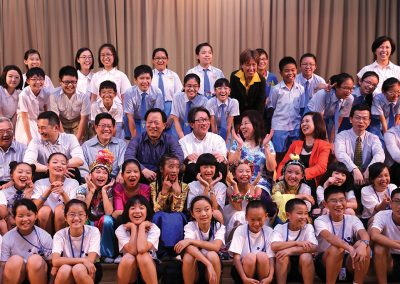 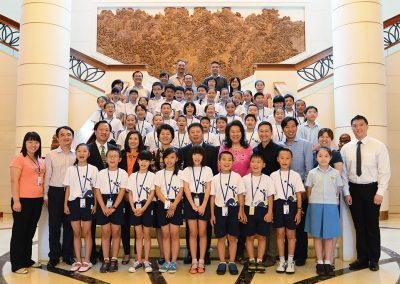 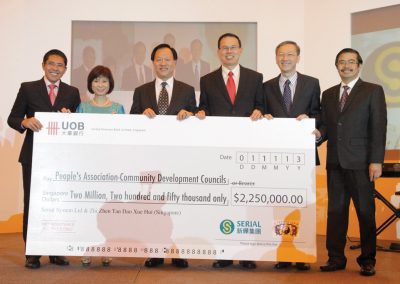 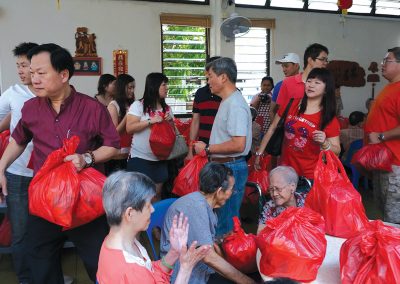 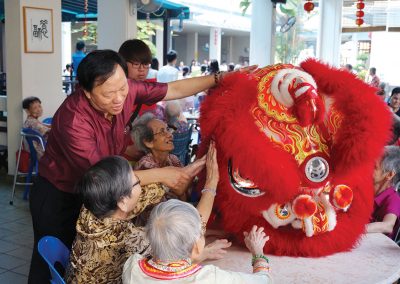 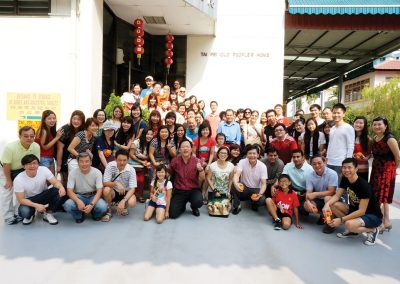